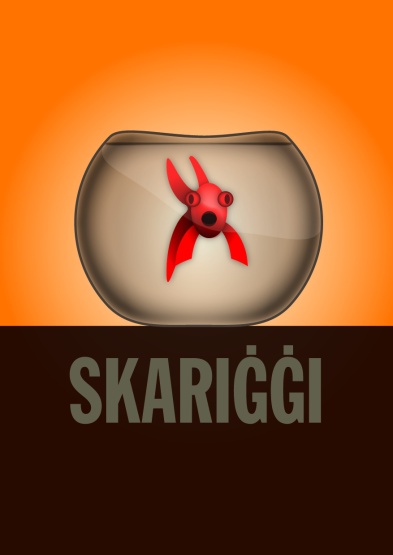 Despite the short story being notoriously difficult to sell as a genre worldwide, against all odds the local independent press Skarta is launching an eclectic collection of short tales on June 24 at The Manoel Theatre.

Skariggi will feature short fiction by both up-and-coming and established writers like Guze Stagno and Adrian Grima.

Edited by Kit Azzopardi, Skariggi will bring together a number of established local writers – among them Guze Stagno and Adrian Grima – while also serving as a launching pad for up-and-coming writers.

The anthology, which was gradually shaped during creative writing seminars among the Poezijaplus group, will also feature a story from the award-winning Bosnian author Berislav Blagojevic, and through his contribution – translated into Maltese for the first time – the anthology “aims at intercultural dialogue”.

“The subject matter of the short stories varies from vows with the devil, to an obsession with an apparently innocent name. The styles are equally varied, with one playing around with the story’s chronology, another being of an investigative nature, such as Adrian Grima’s excellently written and well researched story. The starting point was to bring together established and up-and-coming writers, so that different generations of authors would be given an opportunity to work together,” Azzopardi said.

“I think it might be quite interesting for readers to learn about interests, main writing topics, preoccupations, point of view, or writing style of authors from other countries,” Blagojevic said. As an example, he mentioned having the possibility of reading a short story by Gozitan-born author Pierre J. Mejlak in Serbian after it was published in a Serbian literary journal.

“This way, readers all over the Balkans have the opportunity to enjoy reading author from Malta. Perhaps my participation in this anthology is a good occasion to give something back. From Balkans with love!”

“Those taking up editorial work and publishing critiques are either authors themselves or an author’s friend, which rarely allows for a serious discussion on what is being produced. As regards readers, we’re also lacking, mostly due to an educational system which does not encourage creative thinking.”

Skariggi will be launched at the Manoel Theatre, 19:30. The collection is being financed by the Malta Arts’ Fund, The President’s Award for Creativity, River Dreams Ltd, and the Ministry of Education. For more information log on to www.skarta.org or join the group ‘Versatili’ on Facebook.